SHC Film Club Movie Screening: The Lovers and the Despot 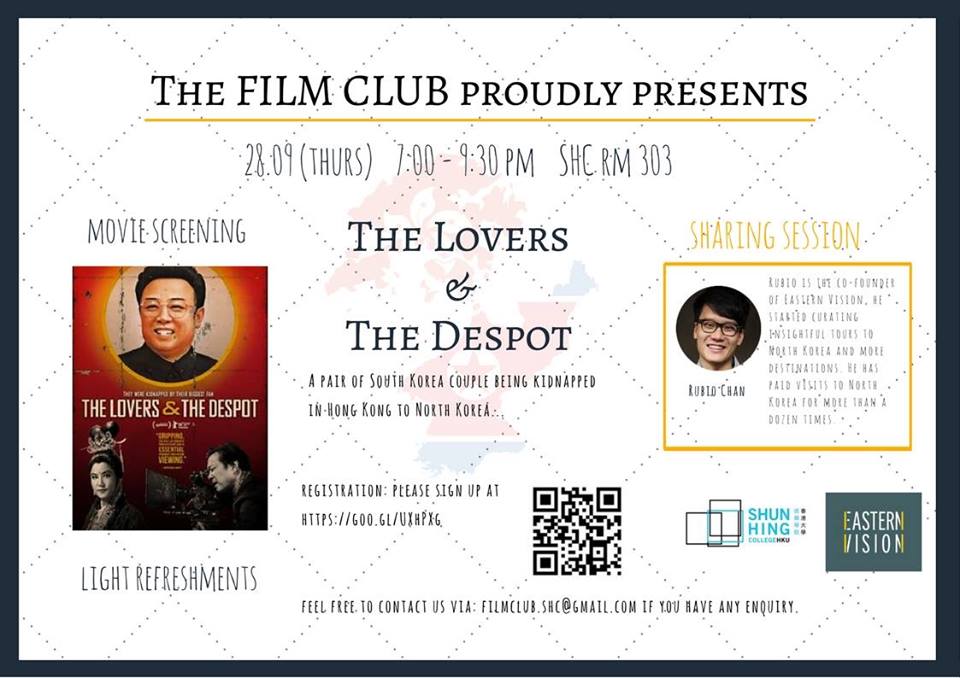 You are cordially invited to SHC Film Club’s first screening of the year!

We are putting on screen the controversial story of Choi Eun-hee and Shin Sang-ok — a South Korea couple who got abducted to North Korea in Hong Kong in the 1970s. “The Lovers and the Despot” is an award-winning UK documentary which narrates the mysterious disappearance of the South Korean actress and film director who were then found making films for Kim Jong-il.

Mr Rubio Chan, the founder of Eastern Vision, will share his view on the documentary, and his invaluable experiences and insights after his numerous visits to the bewildering land of North Korea.