High Table Conversations: What Did You Do Last Summer? 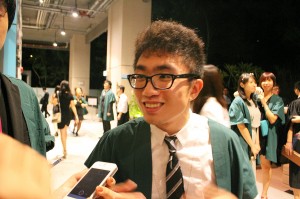 While High Table dinners are an excellent way to make new friends, they also allow us to catch up with old ones after a long break. During the first high table dinner of the new semester, we asked some returning Shun Hingers what they had done over the summer.

Some may recognize Allen (JIANG Yi) as the entertaining lead actor in our Media team’s last high table video but not know of his noble efforts over the summer.

Volunteering with Beyond the Pivot (BTP), an NGO group organized by HKU students, he went to Sichuan for 20 days to teach underprivileged children. “They are very cute! They love us and we love them,” he said.

He had a lot to say about the lack of education resources there. “It’s totally different. They don’t have electrical equipment. They have lights and blackboard, but they don’t have any projectors or computers.”

Partly funded by CEDARS, the group hopes to continue their work this year. Allen and his colleagues would like to recruit students from diverse backgrounds who can speak Mandarin fluently. 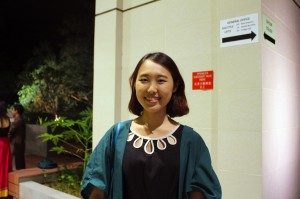 As a member of our very own Schola Cantorum, Yeji went to Vienna with the team in summer to compete in the Fifth International World Peace Choral Festival where they proudly brought home the bronze award.

She said that winning was totally out of their expectations since they had very little time to prepare before their trip. “During the holiday, it’s difficult for us to meet up, so we have to practice by ourselves. Once we met, we needed to practice crazily. We spent only 7 days on the practice,” she said.

It was her first time participating in a choral competition, and Yeji felt that the experience of singing at the famous Golden Hall was unique. “It’s really overwhelming to stand on the stage in person!” she said.

As an American cultural history student and an adventurer at heart, Yeeman backpacked across the United States at the beginning of her summer vacation. “Americans travel a lot during their vacations. I want to follow the same spirit and explore the world!” she said. 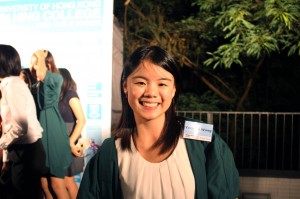 Among her many experiences while travelling, she got to share cooking skills with other travelers she met during the trip.

“It’s very cheap to cook in America – cheaper than that in Hong Kong!” she said.

After the trip, Yeeman decided to help out with the CEDARS Weeks of Welcome (WOW) programme. This time as a host instead of an explorer, she arranged various tours for incoming non-local students to help them get to know Hong Kong and showed them around the campus. “They can come to us with any question related to college life here!”