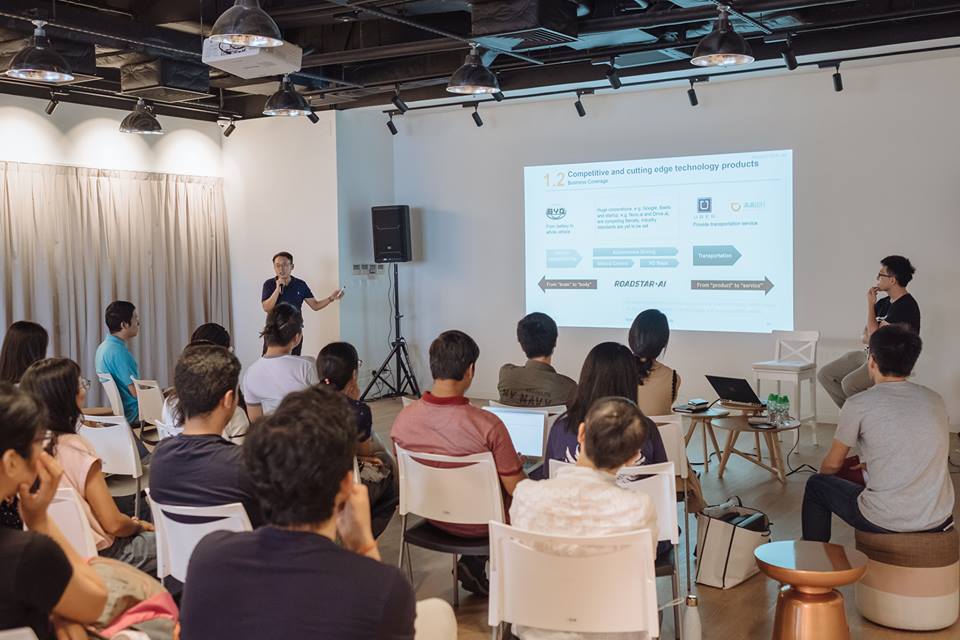 Roadstar.ai, a new autonomous vehicle startup, left Silicon Valley for China. Its current leaders Dr. Jan Wei Pan and Dr. Zhizhong Zhou told Shun Hing College students why and how Roadstar made such a move in the first A-Salon talk on 16th September 2017.

“With the support from the government, China was a natural choice.” It is also the hometown of the founders of the company. And, additionally, with less competition and a huge market, having a branch in China is one of the most crucial differentiating factors for Roadstar.ai Zhou said.

Even though most team members of Roadstar.ai had previously worked in Silicon Valley, including its founder Liang Heng, the move has worked out well for the company. China’s economy has been transforming from a manufacturing-intensive base to a boom of high-tech sectors in the recent years. The world witnessed the rise of Baidu, Tencent, and Alibaba, whose market value are now larger than those of Amazon and Google combined. In Pan’s eyes, the future lies in artificial intelligence, and Roadstar.ai, with its advanced autonomous driving technology, aims to capture the largest automobile market on the planet.

Founder Liang Heng, who previously worked closely with Elon Musk at Tesla, quickly built up his core team, including Pan and Zhou. “I received a phone call from the founder and immediately said yes,” according to Pan. “I believed that this start-up had the potential to become big. It was a golden opportunity. Moreover, unlike other companies, Roadstar.ai has hosted government officials several times in its office, clearly showing that it enjoys the support of the Chinese government. I didn’t want to miss this chance.”

In just 4 months Roadstar.ai raised 10 million USD of funds from leading venture capitalists. One of the major reasons is its experienced core team with know-how from leading technology companies in the Silicon Valley. But having a foothold in the southern Chinese city Shenzhen offers them a chance to work on AI algorithms specifically for the hugely profitable and growing Chinese market. Zhou believes this cannot be replicated by Silicon-Valley-based technology giants like Google.

“Traffic rules and models do have an impact on other technology companies, such as Google. Being locally present gives us an edge because we can develop algorithms that are modeled on Chinese roads,” said Pan. Furthermore, he added that various local governments in China prioritized the development of AI businesses, given that it embodied national competitiveness.

For example, the Shenzhen government has many policies to support start-ups. These include funding schemes to provide support for highly qualified individuals, such as the 2017 Shenzhen Overseas High-level Talents Award Subsidy, or the many innovation competitions, which can allow a startup to get recognition and initial seed funding (ranging from RMB 500,000 to RMB 20 million).

“The Chinese government is focused on innovation, and will vigorously support AI development. This is because the government feels that artificial intelligence will be an important factor in future,” said Zixuan Liu, Head of Human Resources for Roadstar.ai. “The Shenzhen government is very efficient, and the government staff often invite artificial intelligence companies to discuss policies. The patterns of unmanned driving in China is not yet determined, and with it being the second largest economy, we think we have a really good opportunity here.”