“The abandoned backyard suddenly becomes the frontier.” The Vision of the Greater Bay Area in China 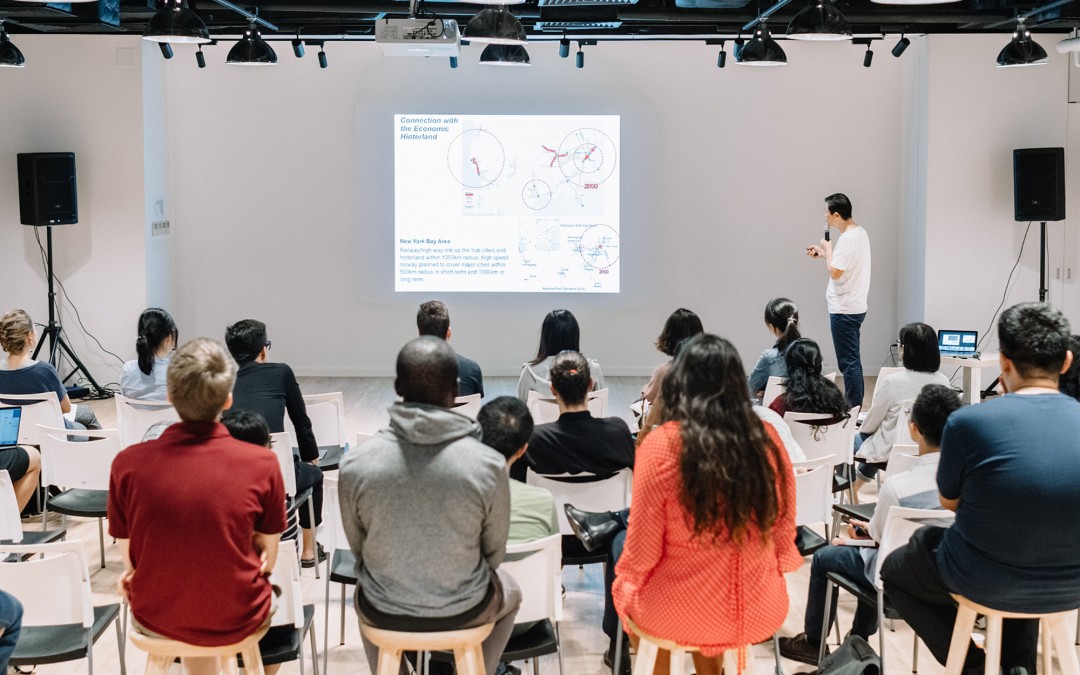 The Greater Bay Area, located at the mouth of the Pearl River in China, is the largest single urban area in the world, as well as the topic of Dr. Tao Zhu’s talk at Shun Hing’s A-Salon Series.  This region has undergone a massive transformation in the past few decades, and China plans for a closer integration and development,  so that it can rival other international bay areas. However, there are multiple setbacks.

China is undergoing a rapid process of urbanisation, and much of this progress is concentrated in the Greater Bay Area. The region has a large population, and its collective GDP is almost equal to that of Russia. With such progress, China aims for the Greater Bay Area to become globally competitive in terms of trade and economic power.

For long-term growth, the region must attain a high level of “technological innovation, industrial upgrading, and urbanization”, Dr. Zhu said. In recent years, Shenzhen has become the focus for that crucial industrial and technological innovation. With its high levels of innovation and the emergence of new technology giants like Tencent and Huawei, Shenzhen is quickly becoming “China’s Silicon Valley”. The high output is supported by a substantial investment in R&D (about 4% of Shenzhen’s GDP in 2015) and a comprehensive industrial ecology.

Another key feature of an advanced metropolitan area is a well-developed infrastructural network, and this is evident in the most competitive regions of the world. Like in the New York Bay Area, China is now aggressively pushing for increased connections within the nation, in which Shenzhen forms a key node. The government plans to have high-speed railways as the primary connector and aviation as the secondary transportation method to maximize efficiency.

However, there are major challenges to achieve the Greater Bay Area vision. In terms of innovation, Shenzhen still lacks the intricate ecology that Silicon Valley has developed over many decades. As a young competitor, the city lacks mature technology giants, generous venture capital investors, and world-class universities to support technological innovation. Shenzhen has tried to tackle these problems by buying land for campuses and funding institutions such as the Southern University of Science and Technology, in the hope of attracting and developing competitive universities. Yet in spite of the city’s efforts, these universities are still a long way off from rivaling the likes of Stanford and Berkeley.

Furthermore, despite the present investments in infrastructure, Shenzhen is still comparatively disadvantaged vis-à-vis its competitors. Shenzhen is located at the edge of the continent, where there are few connection opportunities. The government is, therefore, spending extra money to add more inter-city railways, in an effort to transform Shenzhen from a geographical dead-end to a hub. There is also a focus on developing coastline connections, due to both the rapid town development along the coast and the opportunity for a more advanced international communication network. This will facilitate greater economic integration between the major cities of the Greater Bay Area, and can, therefore, propel the region’s development.

The Chinese government is especially keen on developing these infrastructural connections, as better connections will translate to better collaboration between China’s major metropolitan areas. Moreover, it will allow more flexibility in resource allocation, thus increasing the efficiency and productivity of the cities involved. This can potentially result in a dramatic growth of the bay area’s budding metropolises. “The abandoned backyard suddenly becomes the frontier.”