Tracing the Name of Kennedy Town 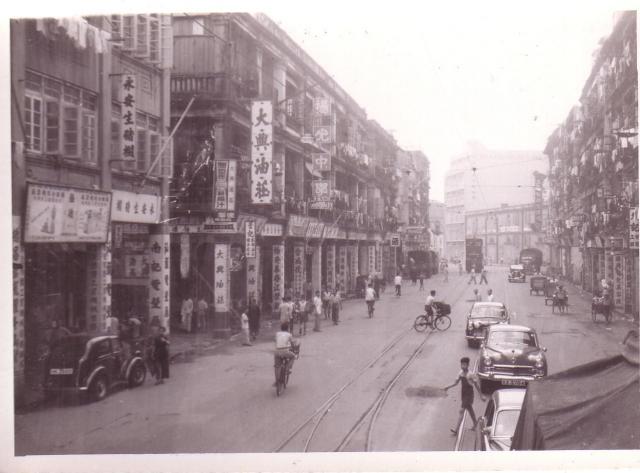 From the seedy underbelly of a colony to the flourishing district of an international city.

Have you ever wondered why our neighborhood is called ‘Kennedy Town’? What was it referred to before it gained its colonial name? The name of a place reflects its history, and as the isolated western end of Hong Kong Island, Kennedy Town’s story unfolded along a separate and somewhat squalid road from the rest of the city.

Before it was named Kennedy Town, this area was known as ‘Lap Sap Wan’, or Rubbish Bay. Reclaimed in 1886, it became the dumping ground for all that the other districts wished to avoid. The region was soon crowded with abattoirs, incineration plants, plague hospitals and public mortuaries. Trucks of waste were dumped here, to be burned into the smoke that belched out of the landmark chimney. Pigs were led here, struggling and shrieking, to be slaughtered. When the plague devastatingly swept through Hong Kong, the victims were delivered here to meet their ends. It was a place of refuse and disease, the seedy underbelly of an undeveloped colony.

Nevertheless, people made their home here. The name of the district was changed from Lap Sap Wan to Kennedy Town, in honour of the seventh governor of Hong Kong, Sir Arthur Edward Kennedy, who served from 1872 to 1877 and reclaimed this coastal strip of land back in 1886. Throughout the years, manufacturing factories rose along Rock Hill Street and Belcher’s Street, and the district’s industrial businesses thrived.

However, the most dramatic changes came about in the last two decades. Even in the 1990s, Kennedy Town stood as a living, bustling testament to local history. There were still pigs being transported along the roads to the slaughterhouse, and the streets were crammed with wholesale markets and small family businesses. The incinerator plant and abattoir were demolished only ten years ago. The MTR station opened in 2014, marking a definite step in the gentrification of the district.

Kennedy Town has undergone rapid redevelopment in recent years, but there are still pockets of local heritage from not so long ago. Even now, there remain wholesale markets and family restaurants and old buildings. Many of them may soon be swept away by the trend towards middle-class tastes, but for now, they stay as reminders of our past.

Image: Junction of Sands Street and Catchick Street in K-Town. (Retrieved from theDesk.com and gwulo.com)